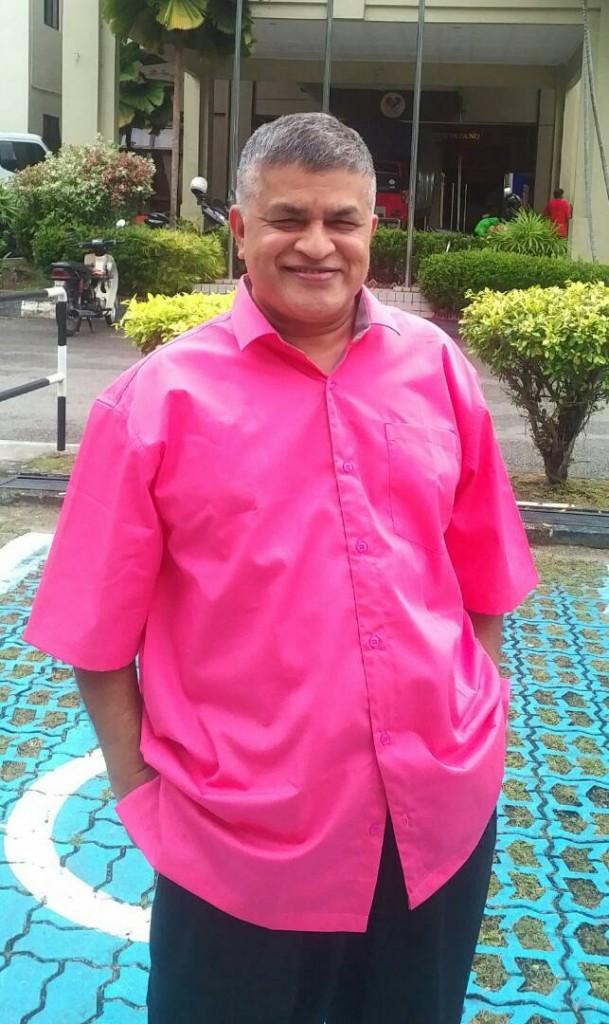 Zunar, the Malaysian political cartoonist currently facing 10 sedition charges for criticizing the government of Prime Minister Najib Razak, was forced to cancel a planned cartoon exhibition this week after thinly veiled threats from the ruling party’s youth wing. Last year a mob from the same group shut down a previous exhibition, but ironically the only person arrested following that incident was Zunar himself.

After the cartoonist announced the exhibition which was to take place in George Town, Penang state over the weekend, the group UMNO Youth distributed posters inviting its local supporters to “visit” Zunar and ensure that he “is not making fun of UMNO leaders through his work.” Given that Prime Minister Najib is the top leader of political party UMNO and is often mocked in Zunar’s cartoons, it’s a fairly safe bet that the government supporters would have found plenty to stoke their outrage.

Judging from the last time UMNO Youth “visited” one of his shows, Zunar surmised that their intention was “not a normal visit, but more of an act of physical intimidation” and decided to cancel the event out of concern for his own safety and that of other attendees. If he can arrange funding, he is considering a scheme to instead post the cartoons online and encourage fans to distribute or display them in public spaces.

The exhibition was to be titled “Ketawa Pink Pink” which roughly translates to “Laugh Till You’re Pink”–Zunar’s take on the latest developments in the 1MDB scandal in which the Prime Minister allegedly diverted $700 million from a government investment fund into his personal bank account. It has recently been revealed that one of the items purchased with the money was a $27.3 million pink diamond necklace for First Lady Rosmah Mansor, also a favorite subject in Zunar’s work.

After the show was cancelled, the cartoonist still managed to make a visual allusion to it by wearing a bright pink shirt to a previously scheduled freedom of expression forum on Sunday evening. In a later interview with news site The Malaysian Insight he said the extreme reaction of the government and its supporters to cartoons is curious, “but that’s not my problem. That’s their problem. My job is to draw cartoons and to tell people what is happening in our country.”

Zunar is scheduled to face trial in November on nine sedition charges which stem from statements that he made on Twitter in February 2015 following the sentencing of opposition leader Anwar Ibrahim on a trumped-up sodomy charge. The cartoonist hinted that the judiciary in that trial had been subject to political pressure or bribery, observing that “the lackeys in black robes are proud of their sentences. The reward from political masters must be plenty.” He then exchanged Twitter barbs — and a cartoon — with Inspector-General of Police Khalid Abu Bakar as officers were en route to arrest him. If convicted, he could face up to 43 years in prison.

The 10th sedition charge, for which a trial has not yet been scheduled, was added following the UMNO Youth mob action against his exhibition last year.