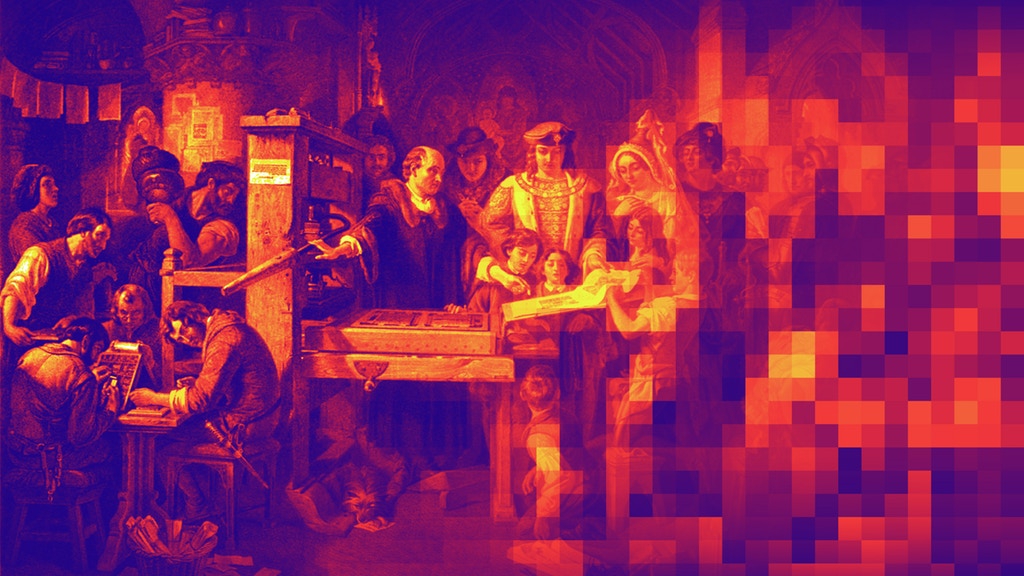 Help bring the educational program Censorship and Information Control During Information Revolutions to life by donating to their Kickstarter. Cory Doctorow (In Real Life, Walkaway, Information Doesn’t Want to be Free), along with historian and novelist Ada Palmer, and author, professor, Adrian Johns have joined together to bring forth a series recorded dialogues, a museum exhibit, and publications that will look at the development of information technologies from the printing press through modernity and consider questions concerning how control and censorship have altered with each evolutionary step forward.

25 scholars, journalists, advocates, and other specialized intellects will explore and uncover parallels between the past and present information revolutions to help illuminate where we are today, how we got here, and what the repercussions of our decisions today could mean for tomorrow. These dialogues will be distributed through eight video sessions, that are going to be offered freely to the public.

October 19th: Theory and Practice of Freedom of Expression

October 26th: News, Politics and the Ownership of Information

To read more in-depth descriptions of each video session topic, check out the Kickstarter page or the project’s homepage.

Part of the project includes a Museum exhibit that opened September 17, 2018, entitled “History of Censorship and Information Control from the Inquisition to the Internet” that is taking place at The University of Chicago Special Collections Research Library until December 14, 2018. There will also be a printed catalog of the exhibit with pictures and descriptions of the items in the exhibit to create a lasting record of the exhibit, as well as a book of essays by the specialists featured in the video sessions, containing their reflections on the project.

The Censorship and Information Control During Information Revolutions is very nearly funded, but the more they raise the longer they can keep the project going, including developing additional resources. There are also still plenty of great rewards for donating to the project including, your name redacted in a thank you, a curated gallery tour, or an hour chat with Cory Doctorow, Ada Palmer, or CBLDF’s own Charles Brownstein about the project for a few lucky sponsors.

← CBLDF at New York Comic Con!
One of the Most Influential Banned Comics of All Time : Barefoot Gen →