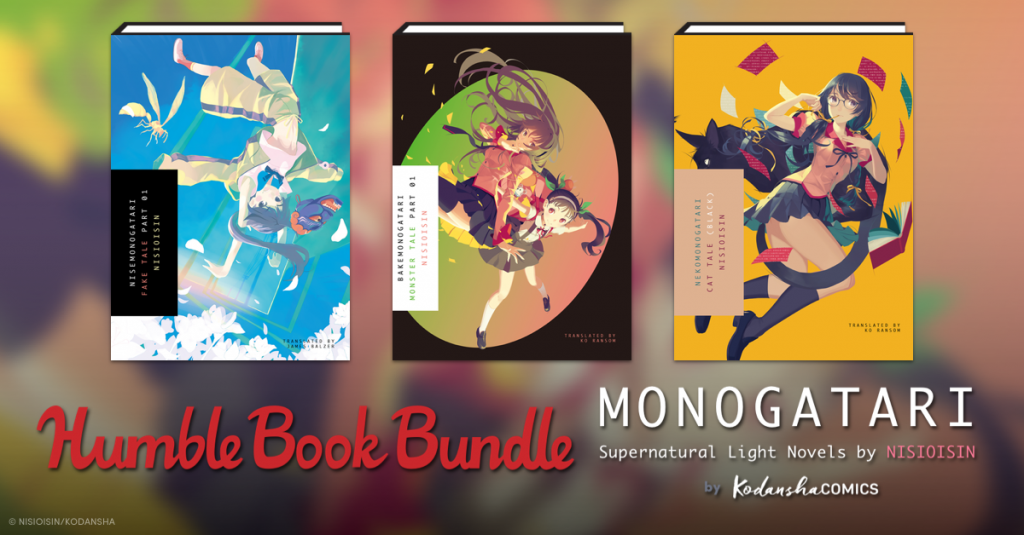 Head back to high school with 22 volumes of ghosts, vampires, and more with the hit illustrated MONOGATARI—Supernatural Light Novels by NISIOISIN by Kodansha! Pay what you want for digital, DRM-Free light novels and support the critical First Amendment work of CBLDF and ACLU! This series has been running since 2006, and you can follow high school junior Koyomi Araragi as he helps his female classmates with all types of paranormal problems in light novels, manga and more for a fraction of the cost. Get yours today!
Check out the lineup!
Starting at $1:

Don’t miss your chance to score a huge catalog of this fan-favorite series, this bundle ends Wednesday, December 4th, 11:00am Pacific.