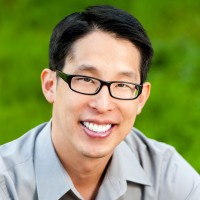 Gene Luen Yang writes, and sometimes draws, comic books and graphic novels. As a member of the CBLDF’s Board of Directors and the Library of Congress’ fifth National Ambassador for Young People’s Literature, he advocates for the importance of reading, especially reading diversely. American Born Chinese, his first graphic novel from First Second Books, was a National Book Award finalist, as well as the winner of the Printz Award and an Eisner Award. His two-volume graphic novel Boxers & Saints won the L.A. Times Book Prize and was a National Book Award Finalist. His other works include Secret Coders (with Mike Holmes), The Shadow Hero (with Sonny Liew), New Super-Man from DC Comics (with various artists), and the Avatar: The Last Airbender series from Dark Horse Comics (with Gurihiru). In 2016, he was named a MacArthur Foundation Fellow. For more, visit www.geneyang.com. Pick up his latest book Dragon Hoops at the CBLDF Reward Zone! 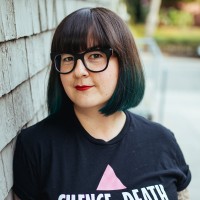 You can join the fight against identity censorship by becoming a CBLDF member. In honor of ALA’s Library Week, for a limited time when you join CBLDF as a member you’ll receive a bonus set of CBLDF Don’t Ban Me pronoun pins. Let censors know that you can’t ban people for being who they are.

Join CBLDF and share our resources with your community to help fight identity censorship. Use the hashtag #DontBanMe and spread the word that every voice should be heard no matter how the speaker identifies. Voice your support by checking out the CBLDF Don’t Ban Me collection on Teespring. Grab a t-shirt or a sticker and show that you’re willing to take a stand against identity censorship.